skip to main | skip to sidebar

Beware of Mitch Gold - The Devil in Holyman's Clothing 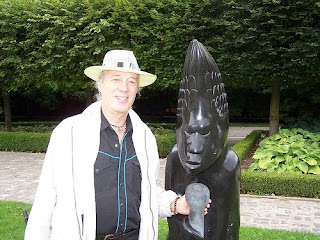 Mitchell L.Gold's emails of slander are being collated and possible the http://www.globaldialoguefoundation.org/ would be a a co-defendent ( as a party in connivance since Mitch Gold uses his positions as the Board Member of Global Dialogue Foundation, Assistant CEO Global Affairs ) by the people Mitch Gold is trying to slander in the name of peace.

It is rather unfortunate that Mitch Gold had wormed his way into this beautiful organization and infest them with his venom. We bring this message to the global community so that proper pest control mechanism could be put in place to keep parasites like Mitch Gold out before a lengthy court battle begins; Mitch Gold might not have the age factor to endure long haul court battles, but organizations he has infested, would have to take the firepower from expensive court battles.


Here is the truth about Mitch Gold.

We first met Mitch Gold in Malaysia during the 18th IAEWP World Peace Congress. Withoin hours he proved beyond doubt that he was the devil in dusguise, ( wearing the holy-man clothings like an enlightened soul with an aura of Buddha like purity) out to rape innocent minds in a hate crimes.

Mitch Gold was one of the speakers at the 18th IAEWP World Peace Congress in Malaysia. IAEWP stands for the International Association of Educators for World Peace. The congress was organised with the support of the previous government of Malaysia. It was a very successful congress with the International Martial Arts Festival ( IMAF ) jointly organised. About 600 peorple attended the IMAF while about 400-500 people signed up for the World Peace Congress. Participants came from 70 countries. All the participants were provided accommodation and food and in some cases, transportation too for the full THREE days of the congress.

All the speakers like Mitch Gold were provide with FREE Return flights, accommodation and full meals. On top of that, they were promised an honorarium of USD 3,000. This is a very rare occurance in any congress.

Looking at the opulent gestures of the organizers of the World Peace Congress, Mitch Gold immediately shifted into high gears to seek donation on behalf of the IAEWP.

Mitch Gold spoke on an off beat topic, "AFTER AWAKENING THE COMPASSION IN THE CREATIVE CITY-THEY WHAT" totally unrelated to the objectives of the congress. He quickly rushed through his lecture in a most intrusive, inflammatory and corrosively rude manner behind his mask of holiness and started asking for donations for the IAEWP world organization.

From the very first hour, Mitch Gold went out relentlessly seeking dnations in reference to his position as the Vice President of Business and Finance of IAEWP. Nothing could stand in his way of desperation.

Mitch Gold demanded from the host and organizers of the 18th IAEWP World Peace Congress ( WPC ) that they may him a 30% royalty from the government funding for the purpose of the usage of the IAEWP name and logo attached to the WPC. That he is authorised to collect the money into his IAEWP account in Canada as it is enshrined in the IAEWP Constitution. This was a blatant fraud.

He also used his fictitious title as one of the 6 Special envoys to the United Nations, the money should be depositied into his account in Canada and he as the Chartered Accountant of 30 years, wanted to co-sign all expenses accounts of the organizer of the WPC. Mitch Gold abused the privileges accorded to him as an Invited Speaker.

Mitch Gold was such a trouble maker that the organisers threaten to take him off the program as a speaker, make a police report and sent him him back to the USA on the next flight. He then backed off from the " pay me the donation now screams". Mitch then went on to the public and started soliciting donations at which he was shooed away like a vulture.

Mitch Gold started picking up fights with IAEWP President Dr. Charles Mercieca everytime Mitch Gold is told to "behave" and stop acting like a scavenger trying to dupe the international delegates to become a prey to his "Donate Now" fraud.

Mitch Gold is a thief who steals from his own parents and a species that could commit incest. What he did almost derailed the peace congress. He was the Vice President of Business and Finance and yet tried to hijack the organization and hold the WPC to a ransom. He wanted to get executive power to overthrow the the 70 plus year old Dr. Charles Mercieca, the Founding President of IAEWP.

Eliahi priest abusive emails as a self appointed " Deputy President of IAEWP " had been forwarded to the President of Institute for Cooperation in Space and he has since been removed from that organization http://www.peaceinspace.com/ . The WPC organizers have planned to take up a multi-million dollar legal challenge to Eliahi Priest's email threats both in Scotland and in Australia where the lawyers are putting in the final touches to the matter before filing the case in 2010.

Mitch Gold continues to abuse Dr. Charles Mercieca and the organizers of the Malaysian WPC including a letter of demand for honorarium to the office of the previous Prime Minister of Malaysia. Mitch Gold is now banned from all IAEWP events in Malaysia.

Mitch Gold had threated to take a million dollar legal battle against IAEWP President Dr. Charles Mercieca if he talks about the truth of Mitch Gold or provide a negative reference check against Mitch Gold's character. The legal consequences is also for removing Mitch Gold from the Position of Vice President of Business and Finance of IAEWP.

The truth of the matter

Mitch Gold claims to be one of the 6 Special Envoys to the United Nations. This is a blatant lie to cheat the public. Please visit http://www.iaewp.org and click on the officers and representatives to the UN. Mitch Gold was never there. He still used these titles to worm and infect new organizations that are yet to be exposed to his stealth tactics of fraud.

The public and reputable organizations should now be aware of Mitch Gold who with his 30 years of experience as a Chartered Accountant is leading a financially compromised lifestyle, living as a scavenger on donations and his fake MBA consulting programs.

Mitch Gold had wormed his way into the Global Dialogue Foundation and his infestation is going to bring such a deadly tsunami in terms of negative reputation to this new organization. he is already trying to solicit the "zakat" or obligatory donations from muslim organizations. Mitch Gold had claimed Islam to be a fradulent cult and yet need the muslims to feed him donations.

Mitch Gold continues to write malicious, false and defamatory articles on Dr. Charles Mercieca in his positions as the Assistant CEO- Global Affairs of Global Dialogue Foundation without realising that Mitch Gold's emails are being collated for slander.

The participants' feedback after his presentation at the WPC 2008 in Malaysia summarised that " Nobody wanted to listen to him again" for his abusive way he treated the moderator at his session.

Mitch Gold came to Malaysia on a free passage to speak on "Peace" and yet he is doing so much harm and demands to be paid like a sex worker, a USD 3000 honorarium for the misearbly slumdog presentation he delivered.

A delay in paying the honorarium.

The organiser of the 18th IAEWP World Peace Congress have submitted their claims to the previous Prime Minister of Malaysia who had since resigned from the position. Their claims had technical errors and there had been a delay over a year October 2008 to November 2009. Accounts are being reaudited. Money may come or may not come. The 2008 WPC organisers are flat broke. They had heavily borrowed from private funders to organise the 2008 WPC and yet vultures like Mitch Gold and his teams of slumdogs speakers are demanding the honorarium despite the fact their passage to Malaysia and return had been paid for by the organisers. Some prostitutes have better judgement, character and self esteem as compared to Mitch Gold.

I am a contractor to the event and I am patiently waiting for my payment which runs into tens of thousands of dollars. I am doing this in the spirit of peace. On the contrary, Mitch Gold with all his outward appearance of spiritual enlightenment, is very much a servant of the dark forces, feeding on their venom, causing much destruction to peace workers like Dr. Charles Mercieca.

Some idiots choose not to listed to both sides of the story and are eated by the sweet poisons of Mitch Gold.

Let the world be aware of Mitch Gold. Emails of this content would be sent to all people linked with Mitch Gold.

Posted by MitchGold - The Devil in Peace Hood at 8:46 AM 2 comments:

MitchGold - The Devil in Peace Hood